Here in the Kellenberger Room, we have long known that a valuable source for New Bern's history as a Union Army-occupied town are the many regimental histories published in the North after the war.  One researcher has compiled a list of more than 120 Northern state regiments or detached units, which served in New Bern during the course of the war. They came from nineteen states and their stay in or around New Bern varied from one month to three years. Only a small number of these regiments ever published histories but we have endeavored to acquire as many of these volumes as we could. A recent donation by the family of the late Dr. Graham A. Barden, Jr. has added considerably to our collection of these regimental histories.

Dr. Graham A. Barden, Jr. (1924-2018), beloved New Bern pediatrician, had many interests including the study of the Civil War history of New Bern and eastern North Carolina.  In the course of his Civil War studies he acquired a valuable reference library. We were recently given the opportunity to select a number of volumes from his collection for use in the Kellenberger Room. These included Union regimental histories, some Southern items, and general works on the Civil War.

We are truly grateful to the Barden family for this generous donation. We depend on such donations to increase and improve our collections in the Kellenberger Room so that we may better serve the public.

While these volumes have not been cataloged and are not yet available for use, we here include photographs of a selection of the older items. 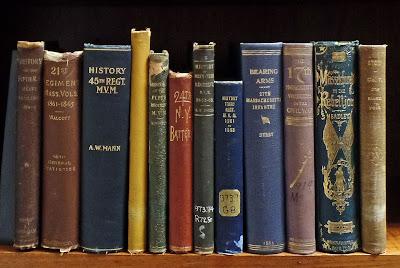 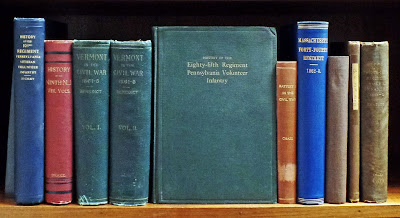 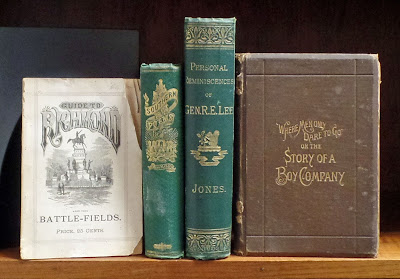