Perhaps the strangest legend to arise out of the imaginations of 20th century New Bern adolescents was that the house at the corner of East Front and Pollock streets was the former home of Edward Teach - Blackbeard the Pirate.  The legend had it all - treasure-filled basement chambers, tunnels leading to the river for the secret comings and goings of the pirate, tunnels leading to Tryon Palace so that Governor Tryon could receive his cut of the loot (never mind that Tryon wasn't born until eleven years after the death of Blackbeard.)  And best of all, that the decorative terracotta heads on the building's tower represented the heads of the many wives that Blackbeard had married and murdered (thus conflating his legend with that of Bluebeard.)

Known as the Simpson-Oaksmith House, the large and unusual house had an equally complex and bizarre history.  That, combined with its slightly dilapidated, and thus spooky, appearance in its last years, most probably led to the development of the Blackbeard tale.

The Simpson-Oaksmith House was constructed by Samuel Simpson ca. 1843-1846 after the great New Bern fire of 1843 had destroyed virtually everything in that neighborhood.  Erected on the southeast corner of East Front and Pollock streets, it closely resembled the Dr. John R. Justice House built at the same time half a block away at 216 Pollock Street.

The Simpson House was acquired in 1874 by Appleton Oaksmith, political and military adventurer  and all-around character, who transformed the house between 1884 and 1886 into the tower-clad wonder that New Bernians remember.  In that form it served as a boarding and day school known as the Vance Academy between 1889 and 1891.

The Simpson-Oaksmith House changed hands several times during the late 19th and early 20th centuries, acquiring a third story and a two-level front portico in the process.  The house served as a private residence in its last years and was demolished in 1974.


But what about Blackbeard and his treasure and his wives and his tunnels?

Blackbeard, also known as Edward Teach or Thatch, was killed near Ocracoke Island, North Carolina on November 22, 1718 or at least ONE HUNDRED AND TWENTY FIVE years before the Simpson-Oaksmith House was built.  And that's why Blackbeard's House wasn't Blackbeard's House! 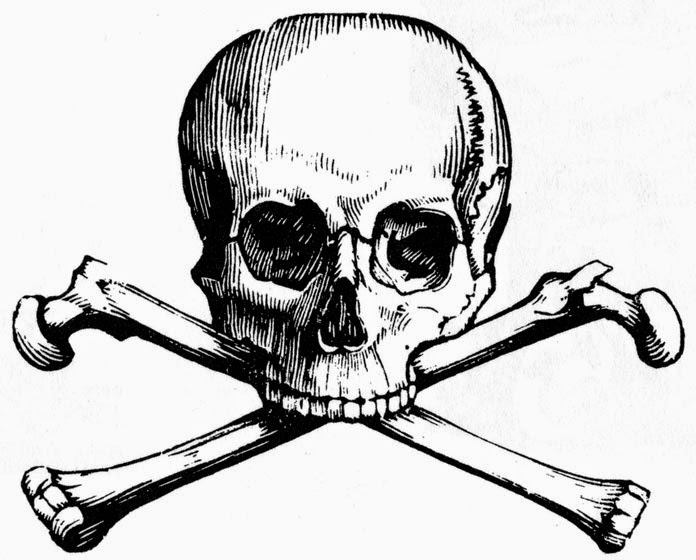