With the approach of Hurricane Joaquin, now is as good a time as any to share some photographs of the damage done to eastern North Carolina by a previous hurricane, the Great Storm of 1933.  The photos are from a newspaper supplement published by the Norfolk and Portsmouth, Virginia newspapers - A Pictorial Record of Tidewater's Worst Storm . . . North Carolina Edition: Story of Storm's Damage in North Carolina September 16, 1933.  The four-page interior section contains photos of North Carolina's September 1933 hurricane, many of which have not been seen since that time.

The Great Storm of '33 ravaged eastern North Carolina September 15th and 16th with winds estimated at 125 mph and storm surge levels higher than any ever recorded.  Carteret County was especially hard hit, as was New Bern and almost all areas along the sounds of North Carolina.  Damage in New Bern alone was estimated at more than $1 million.  It's no wonder that local folks thereafter gauged subsequent hurricanes against the Storm of '33. 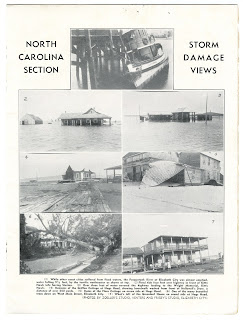 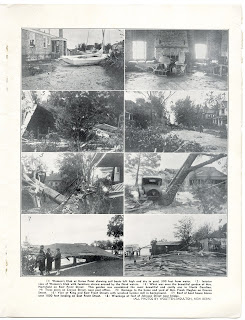 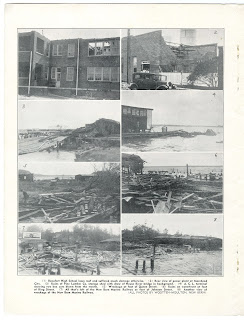 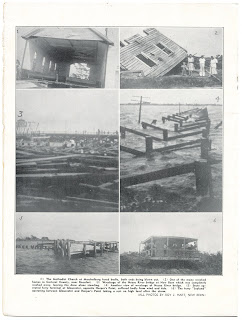