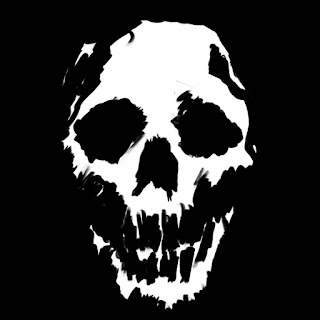 In time for Halloween we present tales of local wandering . . . Things . . . sure to keep you indoors and under the covers.

An itinerant furniture mender, who arrived in the city yesterday, told a weird story of being chased along the road on his way here by bears or spooks, or something he is not sure what.  He was working his way from Kinston to New Bern, when night over took him between Cove and Tuscarora.  It's a lonely road on which no one lives, and there are at least one or two old places, once tenanted, but now deserted, which are said to be haunted.  Anyway. as the traveler was coming along, a strange noise began just behind him, and as he quickened his pace the noise followed faster, and although it was not a John Gilpin ride, the old man said he made the dust fly until he reached Tuscarora.  He says he don't expect to ever pass along there again at night.

Our friend, Abner Dawson was at Trenton a few days ago in one of his fine humors, said that a few nights since while sitting around his family fire discussing about jack-o'lanterns [strange lights which cause persons to become hopelessly lost by leading them into woods and swamps], his son went to the door and called him and pointed out a light to him which proved to be jack-o'lantern himself first ever he saw.  Abner says just let it make its appearance again and he intends to go to it.

Mr. B.S. Edwards, who superintends the farm of Mr. Fred Bray situated on Neuse road about three miles from the city, relates to us a most singular story.  For seven or eight nights in succession with the exception of one night, some peculiar object has been seen and heard near the premises.  It resembles a man of rather low stature and with drooped shoulders and humped back, and gives forth a groaning sound.  Once or twice it came right up to the house and into the piazza when Mr. Edwards got his gun and fired at the object, but it only gave a slight bound upward and disappeared.  Its tramping can be distinctly heard on nearly every visit and once it approached the pump and the handle commenced going exactly as though some person was pumping water.  Sunday night it was observed by Mrs. Bray, and her husband and Mr. Edwards both ran around the house in opposite directions, thinking they would be very apt to get up with the phantom or whatever being it was, but as before it disappeared and yet remains a mystery.


And finally, from the New Bern Daily Nut Shell [as reprinted in the Boston Daily Globe of May 4, 1876]

Mr. Thomas Land, living in Pamlico County, about twenty miles from this city, informed us, Saturday, that on Friday night, after he had retired, he heard his dogs barking furiously in the yard, and went to the back door to ascertain the cause.  On opening the door a sight met his gaze which froze his blood.  Just in front of him - so close that he could feel the heat - was suspended in the air a large ball of fire, about the size and in the shape of a woman.  On his making an exclamation of horror, his wife became alarmed and rushed to the door to see what was the matter.  When she discovered the fire-woman (we will call it), she immediately fainted.  After putting his wife on the bed, Mr. Land informs us that he lay down and "covered up head and ears."  Shortly thereafter, the ball of fire passed around his house, and although the night was a dark one, Mr. Land says one could easily see how to pick up a pin in any part of the house because of the great flood of light from the fire-woman.