Another New Bernian speaks her mind


A tale from the Union Occupation 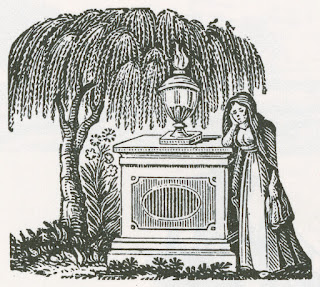 Last month we heard from Mrs. Polly Chadwick concerning her shockingly dim view of the average Union soldier.  Today we hear from Miss Mary Attmore on much the same subject.

Among the splendid women of New Berne Miss Mary Attmore is an outstanding figure.  Not only for her memorial work after the war, but for her indomitable courage and forceful character during the capture of New Berne.  When this town had been taken by the Yankees Miss Attmore, as one of the most prominent of its women, was kept as one of the hostages to insure the safety of the Federals within, as they were in constant fear that New Berne would be fired on by troops without.  In spite of the protests of her relations Miss Attmore refused to leave her home, but lived alone without fear. Twice she was almost choked to death by "bummers" who were intent to plunder, but miraculously escaped.  In the grey of an early morning she awoke to find several Yankees digging up the graves in the family burial ground on her estate.  Without hesitation or calling for help, this independent woman with great dignity of learning, appeared amongst the marauders, commanding them to put down their shovels at once, exclaiming "Is it possible that you could be guilty of such a dastardly trick as to dig open the graves of our ancestors!"  The men, to the amazement of neighbors who witnessed the scene, not only removed their caps, but began replacing the earth on the graves and departed, leaving this free spoken and courageous woman in possession of her dead.

By her ready wit, free speech and fearlessness she compelled the admiration of her captors and was allowed greater liberty than the other residents of New Berne.