Lions and tigers and ... raccoons? 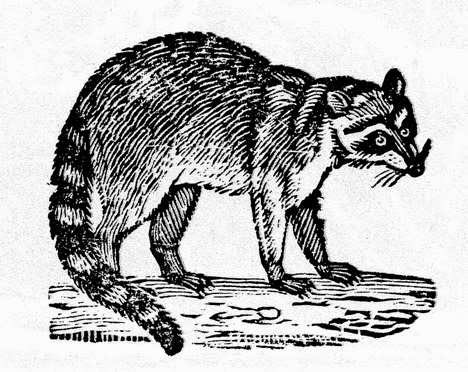 It existed for not quite five months at the beginning of the Great Depression and it never contained much more than forty animals, but from November 1929 until it was disbanded in March 1930, New Bern could boast of having its own city zoo.  There are no known photographs of the zoo or its inhabitants, but its history can be traced through fourteen brief newspaper articles in the Morning New Bernian.  Running from November 6, 1929 to March 22, 1930, the articles detail the creation, growth, and eventual abandonment of the project due to lack of city funds. 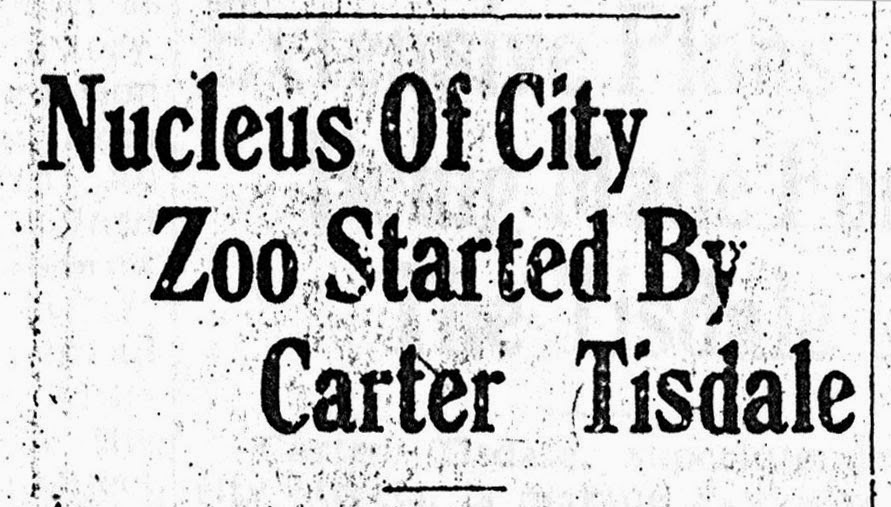 The zoo was begun by Carter Tisdale, New Bern Superintendent of Streets, on vacant property acquired by the town following the Great Fire of 1922.  Located on the west side of George Street "near the old Stewart sanatorium property" [the 800 block of George Street, near the old George Street Recreation Center] the zoo initially consisted of a fenced area approximately 150 by 300 feet. The first newspaper article stated that Tisdale had already acquired and caged a coyote and a deer and was constructing cages for "squirrels and monkeys." 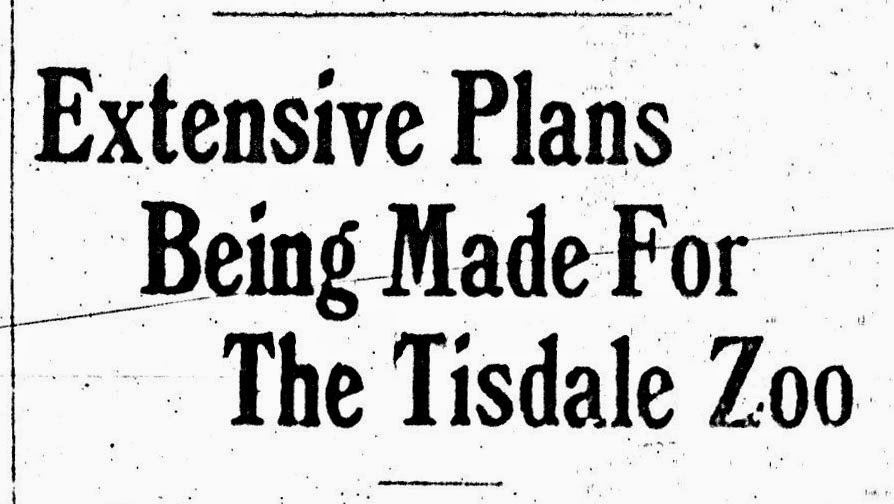 Tisdale got the idea for a city zoo from a similar facility begun in Goldsboro, North Carolina by their superintendent of streets.  Purely a voluntary effort on his part, Tisdale used his personal funds and sought donations of money and animals from local citizens.  Aside from cages and pens for the various animals, Tisdale planned to have playground equipment and a wading pool for children installed by summer. 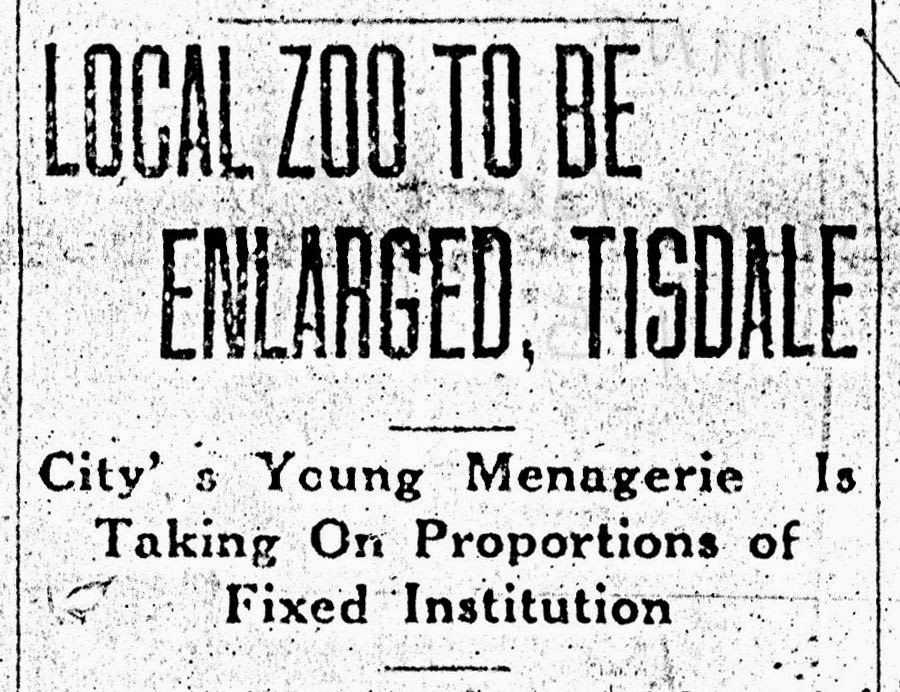 By the time the third New Bernian article appeared on December 17th, Tisdale had constructed "a number of houses, huts and cages" for the collection of animals which now consisted of "two deer, two prairie dogs, two goats, four squirrels, a hawk, two coons [raccoons], a fox, a possum, two Canada white geese, a wild goose, [and] two white Pekin ducks."  A week later, on Christmas Day, the newspaper reported that "some little goats, a wild cat, two foxes and another coon" had been added and that the gift of "a bear has been promised."  The New Bernian reported on New Year's Eve that many visitors, including numerous children, had enjoyed the zoo during the previous week.

The news was not always as happy.  The New Year's Day edition of the New Bernian reported that on the previous Saturday night the zoo's three raccoons had been stolen and killed.  "Their hides were traced locally, however, and Mr. Tisdale thinks he has evidence against the guilty party. Officers are searching for the man, suspected of stealing the coons, skinning them and selling the hides."  Other bad news came in the form of criticism of the zoo as a waste of city tax money.  Zoo keeper Tisdale responded February 7, 1930 "that the city has not spent a single cent on the zoo and that it has not cost the taxpayers a cent."

Animals continued to be added through February 1930 including a "rare South American monkey" and a parrot.  The zoo was still receiving visitors through the middle of March including boy and girl scout troops and on one banner day 197 people viewed the animals.  Unfortunately, the expense of maintaining the zoo was beginning to exceed the personal resources of Carter Tisdale.  On March 4, he appeared before the city Board of Alderman and requested that the city take over the care and feeding of the animals which he estimated would cost $20 to $25 a week.  He stated that he had spent $1,023.50 of his own money on the zoo but could no longer afford to do so.  The aldermen instructed the Parks Committee to investigate the matter and agreed to pay for the animal feed until they reported their findings.

The zoo is not mentioned again in the Board of Aldermen minutes but the above headline from the March 18, 1930 New Bernian tells the tale.  The Aldermen had shied away from taking on the expense of the zoo and had, instead, sold the animals and equipment to the Goldsboro zoo.

By March 22, the animals were gone and the site was being cleared and prepared for a practice field for the town's junior high school baseball players.  Although the short-lived City Zoo had enjoyed much popular support and visitation had remained high, it could not survive the deepening financial crisis that would soon be known as the Great Depression.