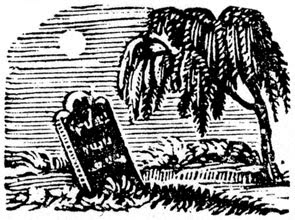 As All Hallows' Eve is upon us, it seems appropriate to trot out a perennial favorite -  Miss Gertrude Carraway's ghost stories article.  An early version of the article was published in 1941.  The version presented here was published on June 4, 1960 in the special edition of the Sun-Journal commemorating the 250th anniversary of the founding of New Bern and was reprinted a number of times over the years.  The text of this "blog" edition appears courtesy of the Sun Journal.  Historic photographs have been added from the collections of the Kellenberger Room.

Strange Events Being Explained by Disbelievers

Ghosts walk in some of the old buildings in New Bern, according to legends which have come down through the years.

The clank of chains as the clock strikes midnight has been heard in years past at the Taylor-Ward home, where, it is said, "Ol' Miss Fanny" is still residing in spirit.  She was a remarkable woman during her lifetime, but some of the colored folk were afraid of her and warned others that if they didn't watch out "Ol' Miss Fanny" would "get 'em."

One night several persons were spending the night in the home to see if Miss Fanny really did rattle chains at midnight.  In the middle of the night they were suddenly awakened by something which sounded like chains.  The ghost story seemed true.  But eventually they learned that the noise was really only an advance fire alarm being sounded next door in the old City Hall.

Another tale associated with the Taylor-Ward house is that a sad, white face can sometimes be seen through the windows, as if a ghost were staring at passersby.  A young woman who lived there long ago is said never to have gone out on the street after her lover failed to appear on their wedding day.

More attractive spirits are associated with the Bryan-Ashford house.  Former occupants and neighbors reported they could hear sweet strains of piano waltzes in the wee, small hours of the night, interspersed with musical voices and laughter.

On one occasion, while a gala party was in progress on the first floor, a guest happened to go upstairs.  To her amazement, she declared, she saw a "ghost" party in an upper front room.  There was music of a previous century.  Light, airy figures in hoop skirts and knee breeches gracefully tripped through a minuet.  Excitedly the visitor called to her friends to come up and see the strange sight.  But her voice dissolved the spell.  The colonial scene disappeared instantly.


The late Miss Sadie Eaton, who long resided in the mansion, told many stories of peculiar occurrences there.  Once when she was about 16, she said, she and her mother returned from church.  Because of a recent illness, her mother told her to remain downstairs.  The mother went upstairs.  Later she rebuked the daughter for having gone upstairs instead of remaining downstairs.  Miss Sadie insisted she had not stirred from her downstairs chair.  The mother turned deathly pale, but gave no explanation then.  Some months later she told the family physician about her experience.

"While I was upstairs in my bedroom, unlighted except for moonlight, I distinctly heard Sadie coming up the stairs.  She entered my room and went to my bureau, leaning over it, with her head in her hands.  She was so quiet and strange-looking that I finally said, 'Well, why don't you say something?'  To my astonishment, nobody was there.  Sadie declared she had not been out of her chair.  The only explanation I can make is that it must have been my daughter, Lily, who died of diphtheria a few years ago."

A three-year-old granddaughter spent a night in this house.  During the night she called frantically for her grandmother.  When the latter went to her, the child could only say, "Lady, lady."  The grandmother questioned her, and the little girl explained, "I saw a lady - white like sugar."

A neighbor once spent the night with Miss Sadie's brother, Sam Eaton.  He was late getting in from a party.  So he took off his shoes in the lower hall and tiptoed softly up the steps.  Just as he passed Mr. Eaton's bedroom, he heard a weird noise, followed by loud gongs.  Remembering the house's reputed  "ha'nts," he shrieked loudly, dropped both shoes and fled precipitously to Sam's room, where he jumped into bed still dressed.  When Sam learned the cause of the excitement, he explained to the guest that the old grandfather clock on the stairway always made a peculiar loud noise a few seconds before it began to strike twelve.

Once a Negro was hanged from the rear kitchen of the Primrose-Henderson house, it is said, leading to the idea that the old brick house was haunted.  Another version differs.  A slave, supposedly owned by the Custis family in New Bern, felt that he had been mistreated, so he decided to run away.  He took refuge in the attic above the brick kitchen.  For days he stayed there until he managed to slip out and find passage on a sailing vessel.  In his "free" home he is reported later to have become a famed preacher and author.

When the ancient Clark house on Craven street was razed, workmen found the bones of a century-old human skeleton, giving rise to speculation concerning murder mysteries connected with that "haunted" house.  According to official records, a murder by a former house occupant was solved, and Capt. Edward Tinker was publicly hanged for it in 1811.

The sea captain went to Baltimore on his sailing vessel with passengers and freight.  With him he brought back an Irish lad named "Edward."  Upon his return home, he said that they had run into a severe storm in Pamlico sound and that in transferring several thousands dollars worth of gold to lifeboats they had accidentally dropped it overboard.  All crew members signed statements to this effect except Edward.

Soon afterwards the boy was offered a job on a revenue cutter, but this did not suit Captain Tinker.  One Sunday night, according to the accounts of the trial, the captain called Edward to go to his plantation with him.  A third person, who later turned state's evidence, accompanied the two toward Brice's creek.

At the Trent River marshes the captain asked Edward to stir up some ducks, but, instead of shooting the ducks, he was alleged to have shot the lad.  Then he was said to have tied the body with rocks, and to have thrown it into the river.  Sometime later it drifted ashore.  Tinker was indicted for murder.  He broke out of the New Bern jail, but was recaptured in Philadelphia and brought back.  Found guilty, the captain was hanged.

The late John S. Holland also used to tell a story about the Clark house.  He volunteered to keep watch there in 1921 the night after the death of Dr. J.D. Clark, but had not expected to stay up alone there.  He sat reading by himself in a lower room until long past midnight.  Across the hall, through two open doors, he could see the coffin in the other living room.

About 2 a.m. he grew sleepy.  Hoping to wake himself up sharply, he dumped a large amount of coal on the fire.  Suddenly he was startled to hear a lot of loud talking and chattering from across the hall.  He almost dropped the coal scuttle.

Only lamplight was used, so he could not see distinctly.  Nor could he make out exactly what was being said, though it sounded like "Get it from Kress."  Knowing that nobody was downstairs with him he crept cautiously across the hall to see if the corpse had come to life.  That was not the case.

When another exclamation was heard, he traced the sound to a white object on the floor.  He plucked up enough courage to pull off the cloth.  Beneath it was the Clark parrot in its cage, having been covered up with its night cloth to keep out the light.  The parrot had burst into talk upon being disturbed from its slumbers by the noise of coal being heaped on the fire.

In an adjoining house moved to the site when the Clark house was razed, a cook was shot by her ex-husband, who then committed suicide in the kitchen.  In that room there was a rocking chair, which the servant had often used.

A month or more after the two deaths, Mrs. G.A. Farrow and her mother, the late Mrs. B.R. Morris, were in the kitchen talking about the tragedy.  Suddenly the rocking chair started to rock of its own accord, they reported.  Mrs. Farrow asked her mother, "Do you see what I see?"  The answer was a low "Yes."  Immediately the chair stopped rocking.

On three occasions Mrs. Farrow said she heard water running in the kitchen sink.  Going to see if she had accidentally left the water spigot turned on, she would find it turned off tightly but water would still be in the sink.

A number of other phenomena have been reported from this house and other places in the vicinity.  Although they may be explained naturally, they do make interesting "ghost" stories.