A Fourth of July celebration from long ago

With the nation's birthday fast approaching, here are a few excerpts from the account of the Fourth of July celebration which took place in New Bern on July 4, 1826, the 50th anniversary of our independence. 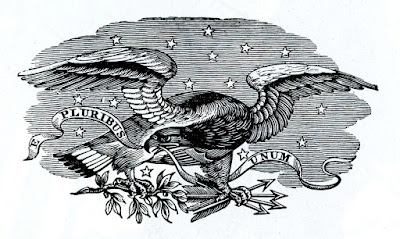 On Tuesday last, the 50th anniversary of our Independence was celebrated in our Town, with more than common enthusiasm.  This was as it should be, for when we look back upon the last half century, and trace the rapidity of our progress in prosperity and importance, who can help exclaiming: - If there has ever been an event calculated to draw forth the effusions of a grateful heart, and elevate the mind to the sublimity  of patriotism, - If there has ever been a day whose beams, darting though the mists of years, fall upon mankind to venerate its anniversary - that event is the Declaration of our Independence, and that day, the 4th July, 1776.

The morning was ushered in by a Jubilee Salute of 50 guns; and could the roar have been heard across the Atlantic, it would have startled the ear of every tyrant that tramples on a people's rights! 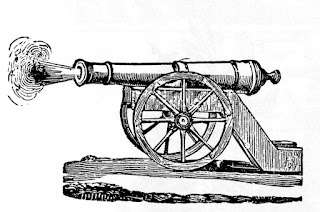 The salute was followed by a feu de joie, by the Newbern Light Infantry, while the merry peals of the bells assisted to welcome the return of the hallowed epoch.

At half past nine o'clock, the procession of soldiers and citizens was formed on the Academy Green, and from thence proceeded to the Baptist Church, in which, on the right of the pulpit, was suspended a splendid framed engraving of the Declaration, and on the left, our keen eyed Eagle spread forth his wings upon the blue bosom of our country's flag

The ceremonies of the day commenced with an appropriate prayer from the Rev. Joseph A. Warne; after which, the following remarks,
prefatory to reading the Declaration of Independence, were made by John Rains, Esq. . . .

The citizens were then addressed by Edward G. Pasteur, Esq. . . .

At 3 o'clock, a number of citizens sat down to an Elegant Dinner, in the hall of the Masonic Lodge; and after the cloth was removed, the following toasts were drunk, welcomed by the roar of artillery and cheerful huzzas.  [thirty-three toasts follow]

Early in the evening, the company broke up in perfect harmony, and about 8 o'clock, the celebration closed with a display of Fire Works. 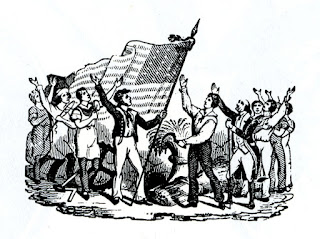