A slow recovery and trouble overseas.

At home, the Great Depression was in its ninth year.  Abroad, military dictatorships in Germany, Italy, and Japan threatened the peace and stability of the entire world.  There wasn't much reason to be optimistic.

And yet, Christmas was coming.  Perhaps a parade, complete with Santa Claus, would cheer people up and, for that matter, stimulate sales.  New Bern had been staging these parades for a number of years - Why stop now?

The Sun-Journal reported on Wednesday, December 7th, that Santa had accepted the invitation extended by the New Bern Merchants Association and would arrive on Friday the 9th at 4 o'clock.  Flying directly from the North Pole, he would enter the city on George Street and be escorted by North Carolina Highway Patrolmen to Broad Street where he would be officially welcomed by Mayor W.C. Chadwick.  The route of the parade would be George Street to Broad Street, then Broad Street to Middle Street, down Middle to South Front Street, along South Front Street to Craven Street, then back up Craven Street to Broad where Santa would take his leave of the city and return to the North Pole.

On the great day, Santa entered the city on a huge toy-laden sled decorated with blue stars and spangles [the sled had been constructed locally by Robert Simms of New Bern].  More than 5,000 people lined the parade route.  First came North Carolina Highway Patrol Sgt. George C. Bissette in a patrol car "with the siren going full blast," followed by the Greenville band.  Mayor Chadwick and Chief of Police Ed Belangia came next in the official car.  Then came Santa and his sled escorted on either side by Boy Scouts from Troop 13, B.M. Potter, Scoutmaster.  Santa was followed by another patrol car and dozens of boys on bicycles and on foot.  The parade ended back on Broad Street where "Santa dashed back to his home at the North Pole."  Afterwards, it was reported that "the local stores were thronged and merchants enjoyed a rushing business."

And that's how Old Saint Nick cheered New Bernians in the troubled year of 1938 (and gave the local merchants a Merry Christmas too!). 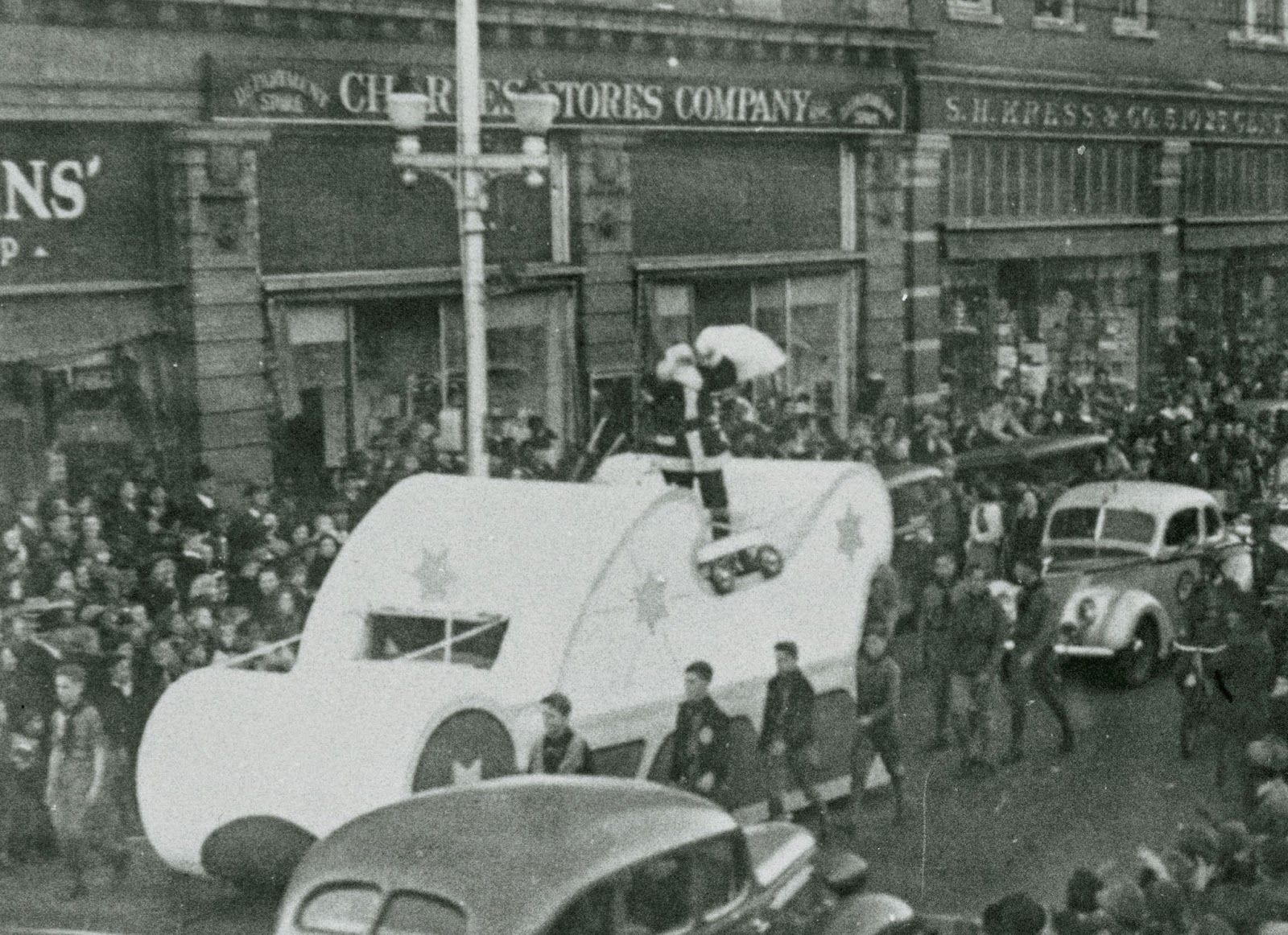