For several generations of New Bernians, as well as countless travelers along US 70, a trip to the beach was not complete without a stop at Tom Haywood's store at Croatan, NC.  There, the famous "Kicking Machine" was displayed, ready to be cranked "to see it go," posed with for vacation snapshots, or actually used to kick oneself.  A swift, and remarkably violent, kick by those whirling brogans was not soon forgotten!

Haywood (1893-1955), a Craven County entrepreneur, politician, and all-around "character," had the machine built in 1937 as a further draw to his already popular country store.  Placed in a decorative roadside shelter beneath signage that proclaimed "If we kick Ourselves more, we will kick others less" and "Have you ever said,'I want to kick Myself"? - Here's your Chance," the machine soon became wildly popular.

Haywood and his machine gained statewide and then national attention.  Newspaper coverage was extensive with articles and photographs appearing across the country.  All of this culminated in Haywood twice taking the Kicking Machine to New York City, in 1937 and 1939, and describing and demonstrating the operation of the device on CBS and NBC radio programs.

Ever the promoter, Haywood soon made the Kicking Machine the "Home Office" of The Self Kicking Club of America.  The club issued membership booklets - 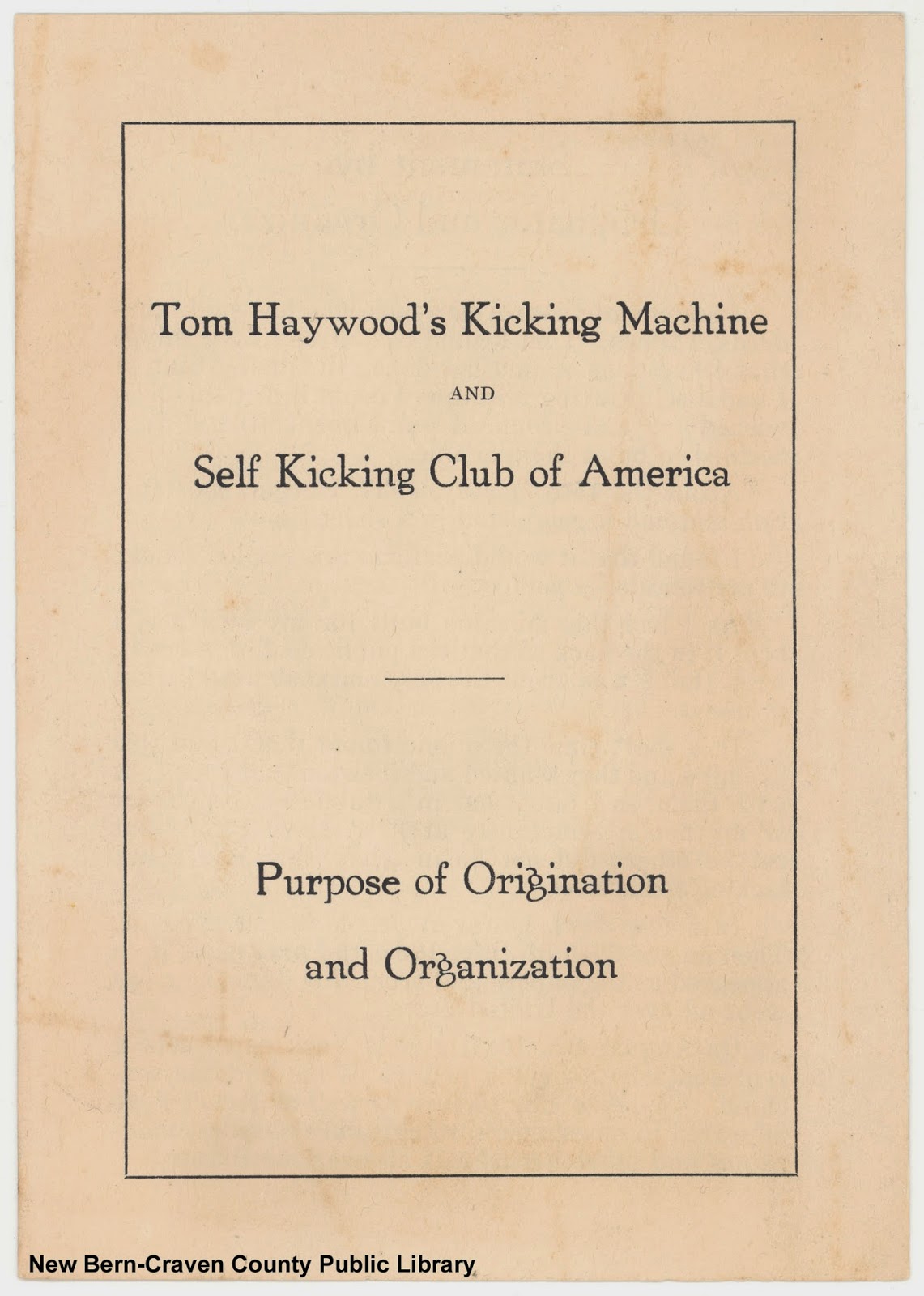 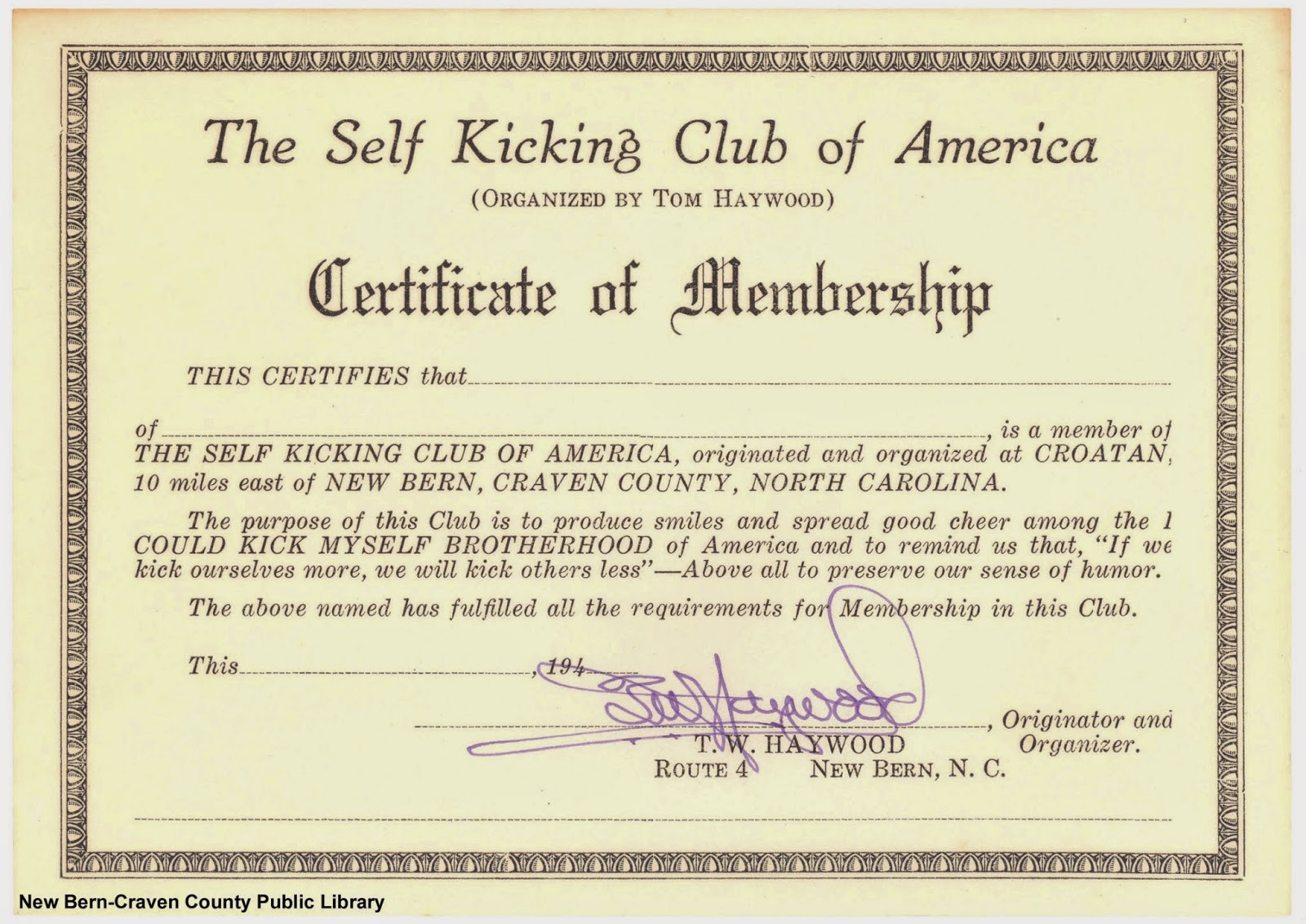 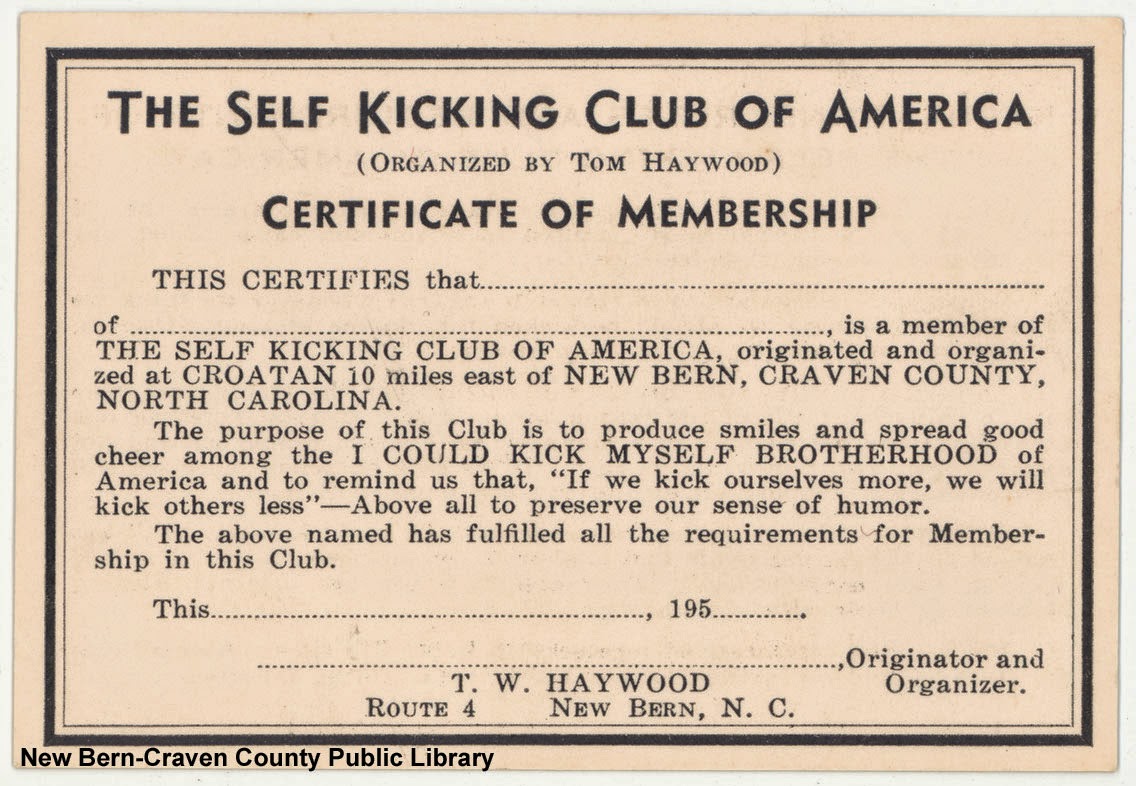 A club that charged no dues and never met, it soon had hundreds of members across the county and in foreign lands.

Tom Haywood died in 1955 but the Kicking Machine lived on beside his store in Croatan.  Eventually it was retired and replaced with a replica. The original machine now resides at the North Carolina Museum of History in Raleigh.  We'll close with the last line from the membership booklet - "Here's hoping that you may get an opportunity to use the original machine some day if you so desire. -Tom Haywood."